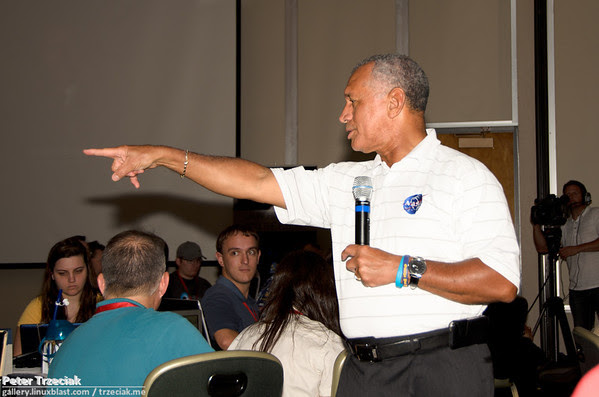 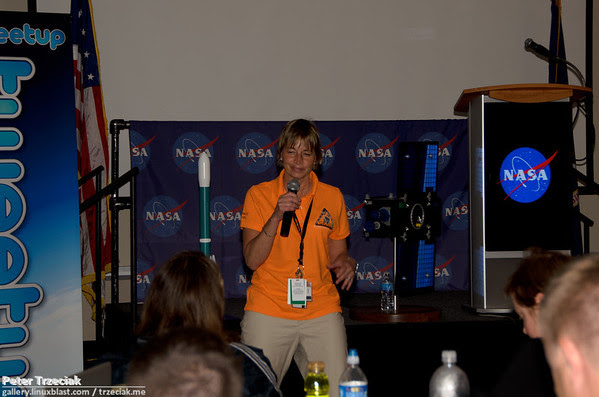 After hearing from the United Launch Alliance engineers, and other scientists, we were treated to a brief, but to-the-point lecture by Neil deGrasse Tyson, the director of the Hayden Planetarium, and one of the greatest advocates of science in popular media today. As he described the GRAIL mission and its main objective of "seeing" into the Moon, by measuring small gravitational anomalies, he steered our attention to one of the main ideas of modern science: our senses can't be trusted, they fail us daily, just because they evolved to do so to make us survive in a complex world. However, science gives us tools to probe the world around us and to see it as it really is: complex, not always agreeing with our expectations and hopes, and yet amazing and beautiful.
The lecture proved yet again that Neil DeGrasse Tyson is a great communicator of science and can keep his audience engaged and interested. Rightly so, he is planning on making a sequel to the groundbreaking Carl Sagan's TV series Cosmos.
Posted by Peter Trzeciak on 9/26/2011